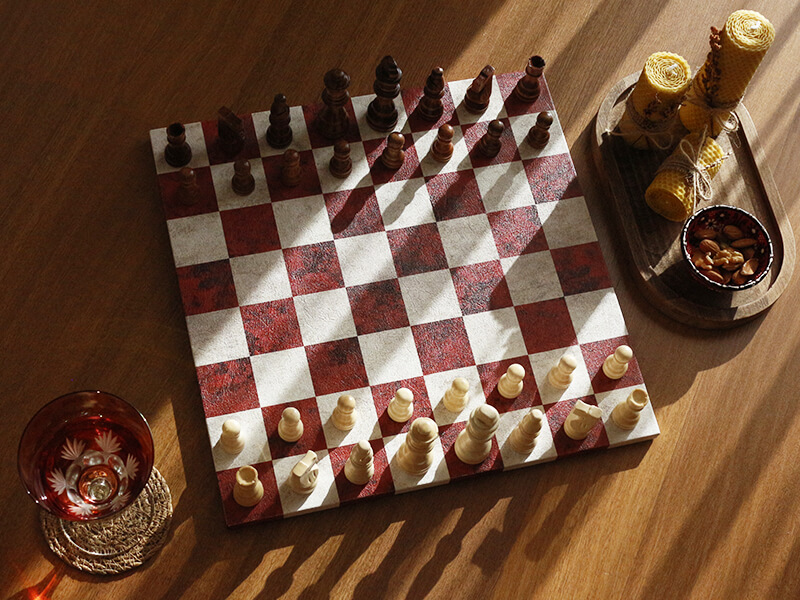 10 Things Chess Does To Your Brain

Chess is often seen as a brain game for intellectually gifted people as it is exercises the brain. This brain game, popularized by World Chess Grandmaster Bobby Fischer in the 1950s and 1960s, is widely played by young and old people around the world today.

Unlike sports, playing chess does not benefit one's physical but mental health for a very long time.

Samir Becic, the number one fitness trainer in America, recommends playing chess as the best brain exercise to play while social distancing as it gives numerous brain health benefits. Below is the top ten of these health benefits that people can get from playing chess.

Helps in recovering from a stroke or a disability

Remember the world's fastest human calculator Neelakantha Bhanu Prakash? At age 5, he was hit by a truck and fractured his skull in which he needed multiple surgeries and was in a medically-induced coma to save his life. The doctors told his parents that the accident might cause cognitive impairment to Bhanu, and as a solution to keep his brain active, he started solving math problems, puzzles, and playing chess. These brain-games helped him recover and kept his mind active. Playing chess not only develops the brain but also develops fine motor skills in people with a disability or who have suffered a stroke and other physical debilitating accidents. Chess can stimulate deep concentration and calm, which helps patients with anxiety to relax.

Playing chess can improve memory because of its complex rules that the players have to remember when making a move and also uses memory recall in avoiding previous mistakes or remembering the playing style of the opponent. Good chess players have an excellent memory. It can significantly improve a person's memory and verbal skills, as well.

An oft-cited study in 1991 by Dr. Stuart Margulies suggests that school students who participated in playing chess have a significant increase in their reading performance. Kids from a district where average kids were tested below the national average, who participated in a chess program, have increased their performance in reading.

The prefrontal cortex is the last part of the brain that develops during adolescence. That area is responsible for rational thinking, self-control, judgment, and planning. Since chess requires strategic and critical thinking, the game helps in the development of the prefrontal cortex, which helps adolescents to make better choices in all areas of their life to keep them from making irresponsible and risky choices.

When playing chess, the players must think fast, and their problem-solving skills must be on point because the opponent constantly changes the parameters. According to a 1992 study in New Brunswick conducted on 450 fifth-grade students, those who played chess have significantly higher scores on tests than those who did not play chess.

Playing chess activates the right side of the brain responsible for creativity, which unleashes originality among players. In a four-year study of students had them play chess, use computers, and do other things once a week for 32 weeks to determine which activity sparked more creativity. The result shows that those kids who played chess scored higher than other groups. It also showed that these kids had achieved the highest scores in originality.

The brain must be continuously receiving enough workout as people age just like any body muscles to keep it healthy and fit. According to studies, people aged 75 and up who played brain-games, such as chess, are less likely to develop dementia than their non-playing counterparts. A sedentary brain loses power, but a healthy mind prevents any diseases like Alzheimer's disease.

A study of 4,000 students from Venezuela showed that playing chess can significantly increase the IQ scores of both boys and girls after four months of playing the brain-game. That means that it is possible to increase IQ by playing brain-games like chess.

Exercises both hemispheres of the brain

A study in Germany indicated that both left and right hemispheres are activated when chess players are asked to identify chess positions and geometric shapes. They have similar reaction times to the simple shapes, but they were using both sides of their brains to respond to the questions about the chess position quickly.

Chess and other brain-games challenges the brain and stimulates the neurons to form connections across the brain. More connections mean that neural communication within the brain becomes faster at an optimal state. Chess is a perfect example of interaction with people that can stimulate neural connections.